Newsletter -- From the Ground Up

Bruce Deming’s career in the library furniture business began innocently as a college business major when he took a summer job in a furniture manufacturing plant. After a subsequent position in sales serving Wisconsin and its public libraries, Deming made the life choice to start his business here instead of Illinois or Michigan. 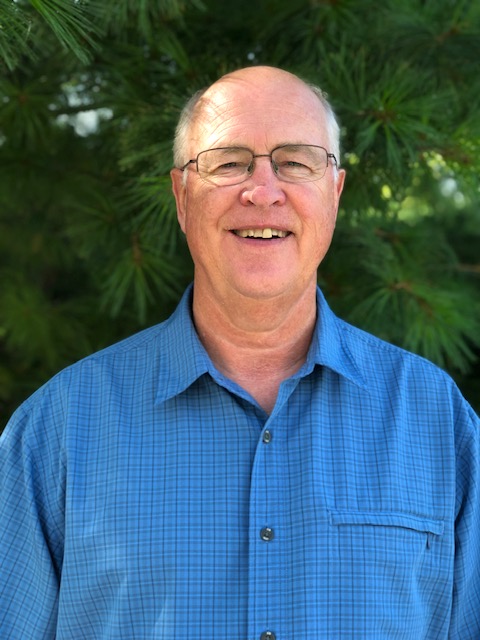 He will come full circle later this year when he retires and closes the doors on Embury Ltd.
In recognition of his efforts to serve libraries with quality furniture and shelving, and his support of libraries through regular participation at Wisconsin’s Library Legislative Day, Bruce Deming will receive the South Central Library System Foundation’s 2019 Cornerstone Award. The award will be presented Thursday, Oct. 17, at Buck & Honey’s Restaurant, 804 Liberty Blvd., Sun Prairie, WI. More information, plus a link to a map and directions, is available on the Foundation website at www.sclsfoundation.org/cornerstone.

Bruce grew up in a small western Michigan town of about 500 people. He chose to attend Miami University in Ohio and later transferred to Michigan State. He worked in a furniture factory for four summers and during winter breaks, and upon graduating with a business degree he returned to work as the plant manager. “This was my start in the furniture industry,” Bruce said. He was the plant manager for several years, then moved into sales and at 25 years of age became the national sales manager.

Bruce’s next career move was to join the Worden Company in Holland, MI, which is a library furniture manufacturer. He worked in sales and sales support for several years, then joined a firm in Chicago selling library furniture primarily in Wisconsin. In 1986 he decided to part ways and start his own business and chose to locate in Wisconsin. He started out as a sales rep not a dealer, but soon decided it would be better to be a dealer, so he started Embury LTD in 1988 (www.emburyltd.com).

“If I had thought then that I could run the company for 30 years, I would have been shocked,” Bruce said. “It has been a good run and I have enjoyed what I have been doing.” He said working with and serving libraries has been very enjoyable. “They are pleasant, logical people who ask good questions, respect professionalism, and pay their bills on time,” Bruce said of libraries.

The company’s market is public libraries and academic libraries. They work primarily in Wisconsin, Minnesota, Illinois, the Dakotas, Iowa, and Michigan.

“I’ve always tried to be very honest with people,” Bruce said. “My job has not been so much about sales as it is about solving problems. You need to provide good information so libraries can come to realistic decisions about what they need.”

Bruce said he has long-term relationships with many libraries, which often means directors and boards turn to him as a sort of consultant to help find the best solutions. “That doesn’t always result in a sale, but I’m happy to provide that kind of support to help libraries be successful.”

Once they were working on a project in Waukesha and to save money and get the job done quicker, they actually worked late into the night and slept in the library. “I’m not sure we could do that today, but that was a result of the relationships we had with the director,” Bruce said.

One of the ways Bruce chose to support libraries was by attending Wisconsin’s Library Legislative Day. “I really wanted to support the industry I was in,” Bruce said. “I wanted to try and give legislators another perspective—from the role of vendors—about the important role libraries play in our communities.”

Bruce said participation in Legislative day really opened his eyes to the pressures under which libraries operate, and he learned a great deal more about what libraries do to serve communities.

“As we wind down our business and are cleaning out files, we are realizing how many contacts we’ve had and how many friends we’ve made,” Bruce said, explaining that they believe they have done more library projects in Wisconsin than any other vendor. He said they have probably worked with nearly 1,000 libraries over the years, and short- and long-term friendships came out of most of them.

Bruce said he learned early that as a business they needed to listen to the wants and needs of librarians because they are speaking from experience. He said at one job in a Chicago suburb they were installing 42-inch high double-face shelving and the director wanted it anchored to the floor. “We were trying to convince her that wasn’t necessary, and we really challenged her on that,” Bruce said. “We finally gave in when she said, ‘Well, you just wait until the seventh-graders come in here with ropes and tip it over.’ We said, ‘Okay, we will floor anchor them if that is your situation.’”

Once when preparing a quote for a prison in Michigan, Bruce was explaining to the warden that they should avoid the black shelving because it needs to be dusted more frequently. “The warden stopped me and said, ‘Bruce, I’ve got plenty of people here to dust.’ We installed the black shelves.”

Bruce said there is no question that libraries continue to be relevant today.

“The usage of libraries is still there,” Bruce said. “Carnegie’s vision of the need for libraries is still as important as it was all those years ago.” He said they’re actually installing less shelving today, but they are doing more to provide furniture for gathering spaces, coffee spaces, computer stations, and other uses that weren’t there only several years ago. “Libraries are being used differently, but they are definitely still being used,” Bruce said. “We see that every day in every community we serve.”

In an effort to recognize the amazing things public libraries do every day, the South Central Library System Foundation each year presents four library awards as part of the annual Cornerstone Award Reception. This year’s event will be held Oct. 17, and the deadline for award nominations is Aug. 30, 2019, at 5 p.m. This year's reception sponsor is First Business Bank.

Library staff members, trustees, friends, or residents can nominate their library to recognize the amazing work public libraries do every day while serving their communities. The awards and descriptions are listed below. To make an online nomination, visit www.sclsfoundation.org/cornerstone/awards and click on the award name. 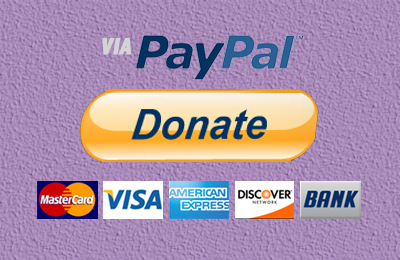 The Foundation hoped that a note could be added to the webpage, letting donors know of the fee and asking if they want to cover the cost of the fee with a slightly higher donation. Unfortunately this will not resolve the issue because PayPal would then calculate the fee on the higher donation and charge more. We have added a note to the Foundation webpage to let donors know of the fees.

These people have donated to the SCLS Foundation since April 1, 2019. The category in which each is listed represents their total Foundation contribution to date.

For more information about investing with the Foundation, please contact Martha Van Pelt, SCLS Director, at (608) 246-7975 or by email.

For the 14th year my husband and I are in Iowa for RAGBRAI…the bike ride across Iowa. Tom bikes and I drive with the gear. Most often we stay with a family in the overnight towns. Because I will get to the overnight town before the bikers, I need to entertain myself, so I also pack books. This year I have three books from the library.

Traveling with library books is a bit daunting. I make sure I have all of them every time I stop, and the fact that they are library books reminds me that after we satisfy our need for housing, clothing and food, books and libraries are high on the list of the week’s necessities…for me and for our society at large.

Some of the towns we go through on the ride don’t have libraries, but most do, and they are usually close to the town square where the RAGBRAI activities take place. The libraries usually have WiFi which is good because many of the places we stay do not.

All this is a long way to say that libraries are institutions we have come to rely on. They can be a sign of the health of a community. But I have also found that the systems that serve them are not nearly as fulsome as our own South Central Library System. We are very fortunate, so when I urge you to support the South Central Library System Foundation, I do so because I know how important a library can be to its community. Whether you give to the library of your choice or to the SCLS portion of the Foundation, you are contributing to community development, to the care and feeding of your own town and its future.

Members of the SCLS Foundation Board think it’s important to honor and celebrate people who have contributed their time and energy and thoughtfulness to libraries with the Cornerstone Award and reception. More than that, we like to recognize the great and innovative work of our libraries.

We count on YOU to nominate a library for one or more of these awards. Visit the Awards Page on the Foundation website (www.sclsfoundation.org/cornerstone/awards) to submit a 2019 award nomination.

AND….join us for the Cornerstone Award reception, Thursday Oct. 17 from 5-7 p.m. at Buck & Honey’s Restaurant, 804 Liberty Blvd., Sun Prairie. See you then!